ABOUT THE ZÖLDMÁLI WIREHAIRED VIZSLAS

I am Zsófia Miczek, breeder of the World’s No.1 dual purpose Hungarian Wirehaired Vizsla kennel, the Zöldmáli Kennel. I have been training and breeding Wirehaired Vizslas for 17 years, and I am a golden awarded master of gundog trainer -the youngest ever person gaining this title, and a woman indeed- and also golden awarded master of breeder.
I am also an FCI hunting dog performance judge, and the most successful Hungarian HPR (hunt-point and retrieve) handler (and trainer) in competitions, having handled 15 different dogs, 61 times to 1st prize in competitions, produced 4 International Work Champions, and 13 National Work Champions.
Looking back my life, I find that everything happens for a reason. It was more an accidental choice than a well-planned breed selection, how I got into the Wirehaird Vizsla breed: I bought my first Wirehaired Vizsla puppy in 1999 as a pet, had no idea about shows or hunting. No one in my family had anything to do with dogs or hunting. At that time, the Wirehaired Vizsla was such a rare breed even in Hungary, that there were very few litters born, so I bought the first puppy that came across. It was my luck that this Wirehaired Vizsla puppy was actually coming from very good working lines. I was 16 years old at that time. I got a book from a good friend of mine – who was a falconer btw.- about hunting dog training. He tried to encourage me to do something more with my vizsla than just walking her in the city. I started to read the book, and was amazed, how many thing a vizsla is supposed to know, and what it is good for. Not having any previous hunting knowledge, I started to train my Wirehaired Vizsla puppy, named Dorka (Csővárberki Dévaj), based on the book. I enjoyed every minute of the training, as Dorka was a quick learner, and this made me very motivated. Looking back, I have to tell, she was a very talented puppy with good hunting abilities and very stable nerves. And me, I also had (and still have) a special ability to communicate and feel my dogs. I quite quickly taught her everything from the book, and spent all my free time with training her. I was obsessed and took it very serious, but enjoyed every minute of it.

I entered Dorka to her first field and water trial, at the age of 1,5 years, which she passed with full scores. This is how it all began. From the following year on, she became The Vizsla of the year (among smooth and wirehaired vizslas) for 3 years in Hungary, based on her working titles. She became Hungarian, Slovakian and International Work Champion.

In most competitions she was the only Wirehaired Vizsla entered, but was winning the competition most of the time, or was amongst the first 3. The breed at that time had very poor reputation, so it has become my mission to show the World, that this breed is a wonderful breed, and show the other Wirehaired Vizsla breeders (who had not been too active in promoting the breed) that we could do it better!
So this was the reason why I started breeding, and my aim had always been to improve the Wirehaired Vizsla breed’s working abilities and reputation.
I had been walking with a camera on each show or work events and took photos of every single Wirehaired Vizsla, and put their photos in an album with their names and parents’ names, so I could study the bloodlines and see, what puppies each combination produces. I was also collecting copies of pedigrees and was studying them all the time. Soon I had such a knowledge about the Wirehaired Vizsla population and bloodlines, that I could tell by heart, the 4 generation pedigree of most dogs, and knew, how they are related to other dogs. Well, I got more and more obsessed.
By now, in more than 16 years of enthusiastic work, I have created the World’s no.1 Wirehaired Vizsla Kennel in both conformation and work. I have a long-term breeding program that is focused on enhancing the working qualities of the breed, while keeping the conformation at the highest level, and meanwhile generating an even wider gene pool and genetic diversity for the breed. Therefore my breeding dogs are from many different bloodlines, uniting the best bloodlines of Hungary, France, UK, Finland, Ukraine and Slovakia.The Zoldmali puppies are making us proud all over the World with their outstanding achievement on the biggest competitions.

I am so lucky that a few years ago I have found my partner and soul mate in this journey: Laszló Pap, my Better Half. Laci is taking part in every adventures and challenges of the Zöldmáli Team. Laci has learnt all the tricks and methods of gundog training and had been very successful in training and competing with some of our own dogs and dogs of other clients.

Our achievements talk for themselves.
So far the Zöldmáli bred or owned Wirehaired Vizslas gained over

• 3 Vesatile Champion of the USA 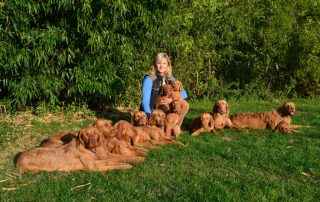 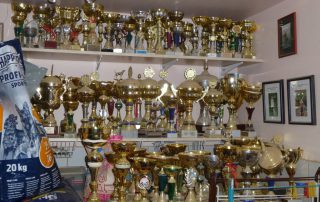 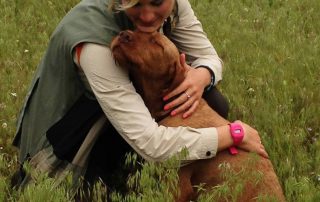 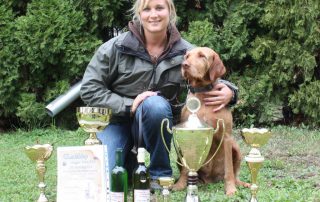 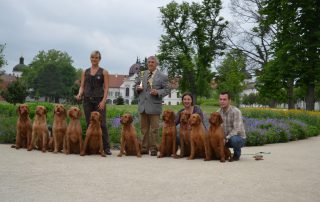 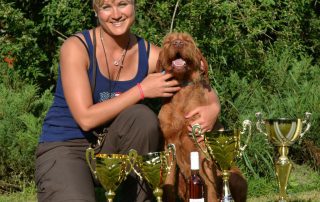 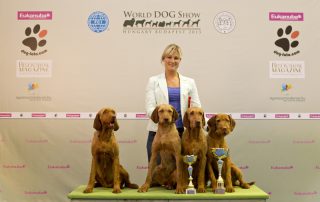 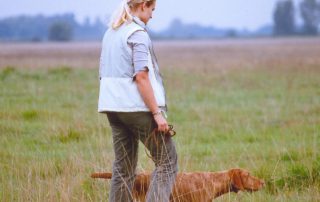 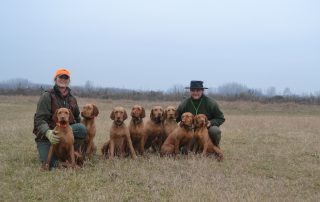 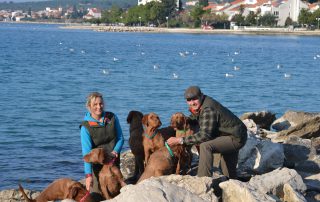 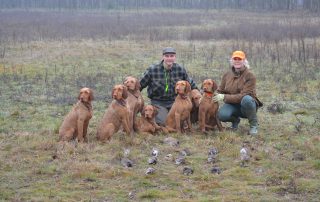 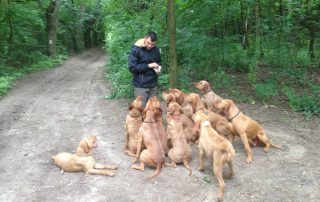 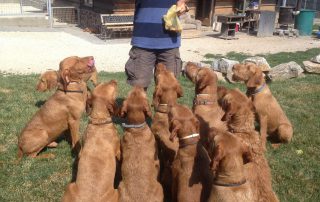 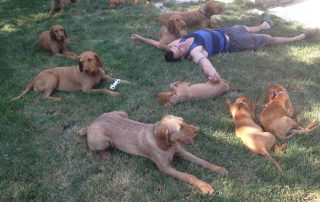 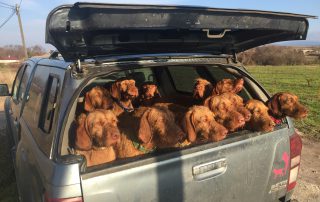 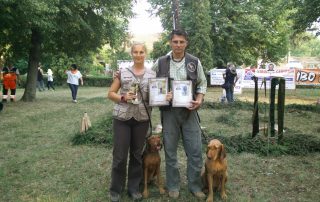 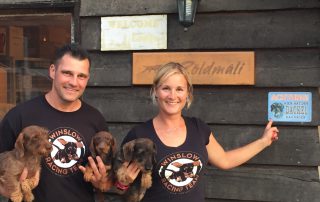 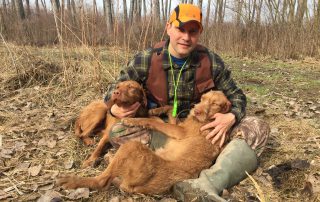 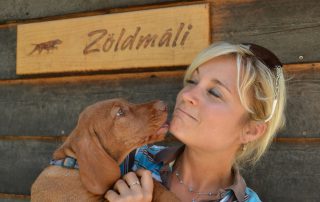 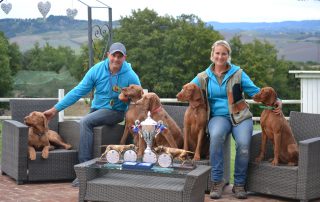